Samuel has been home 13 weeks…and a day! It's hard to believe that it's been that long. 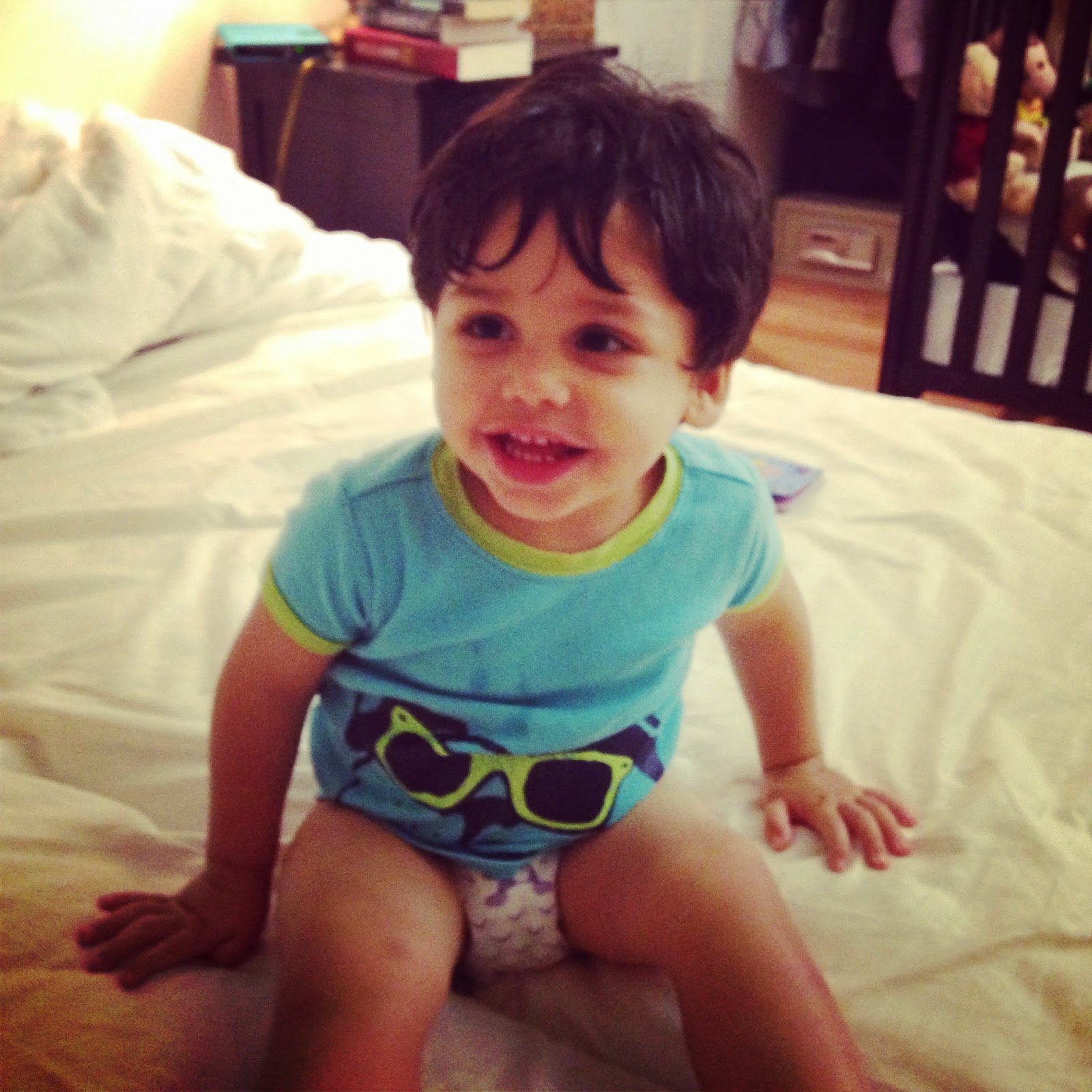 He has adjusted beautifully.

Truth be told, I waited to post because I thought maybe something would come up. It hasn't. He is a happy, healthy, sweet, active, hilarious, and yes, spoiled, little boy.

He is still sleeping well, eating well and playing well. He still LOVES balls. He is not one to sit still for long but when he does he intends to get in a good cuddle. He is now saying "MomMa" (or more recently "Ma") and "Da" fairly consistently, along with his already perfected names for his sisters (Mi-A, and LilY). 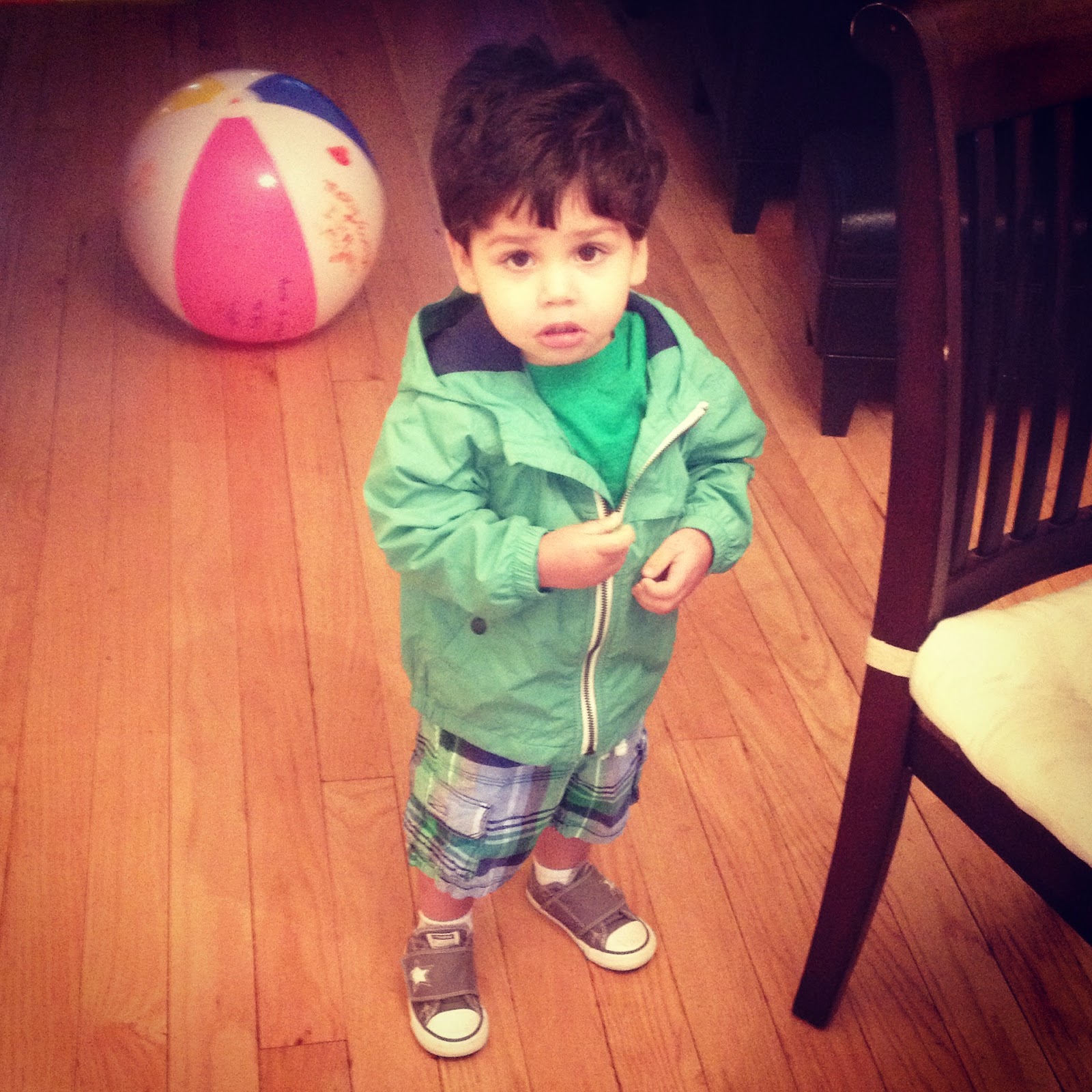 His motor skills have improved dramatically. He was unable to climb the stairs unassisted just 6 weeks ago or so. Now, he can hold to the railing and step up in a typical fashion. He has not had any sensory issues. He has played in sand, shaving cream, wood chips, stones, etc.
However, "Winter is coming" so we will see how he likes the snow.

We have been working on his speech by sounding out words and encouraging repetition. He understands everything we say to him and he is most often able to communicate his needs back to us.
Halloween was a hit; he was Olaf to his sisters' Anna and Elsa. 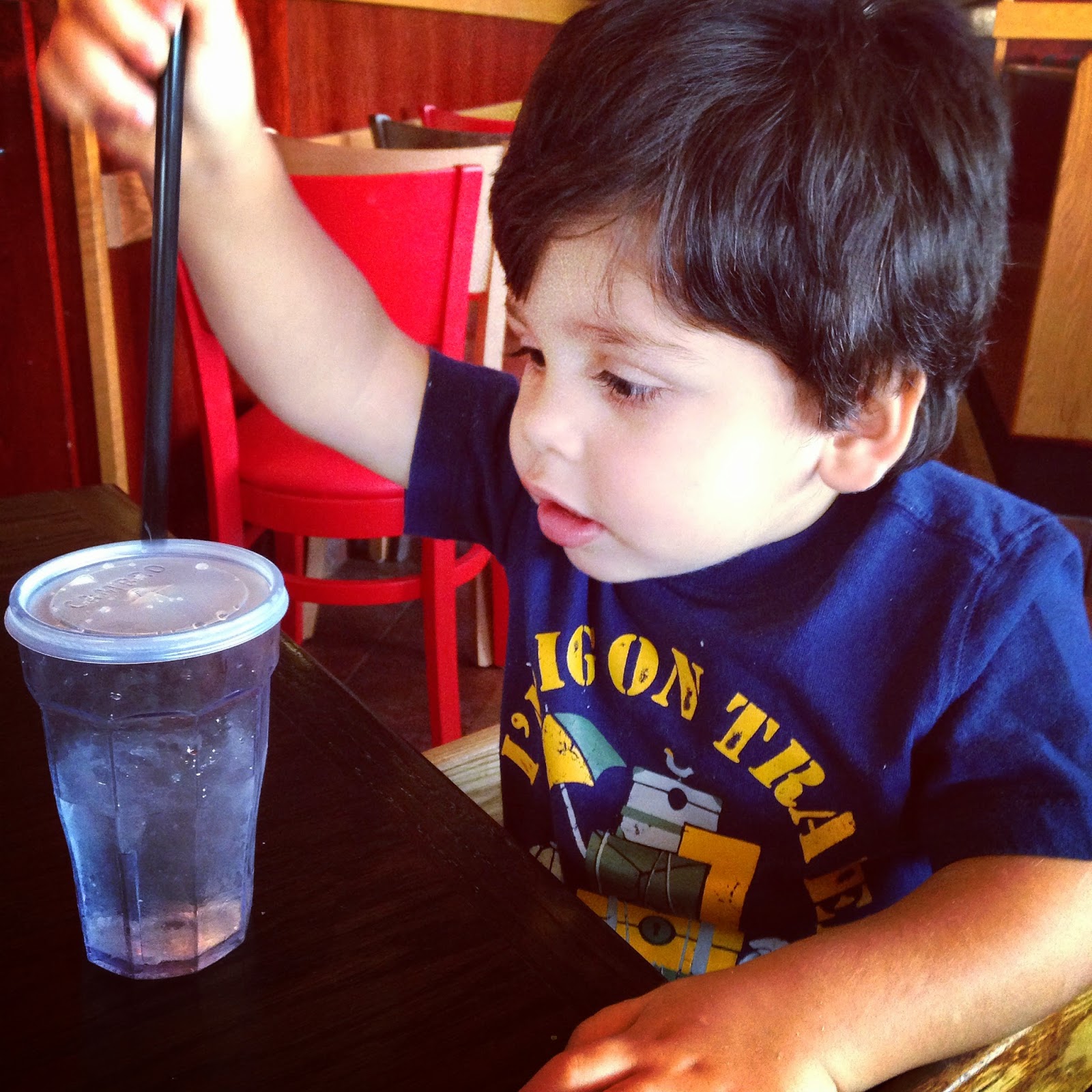 He has two blankets which he calls "B". He is saying short phrases like "take a bath" and "I get it". 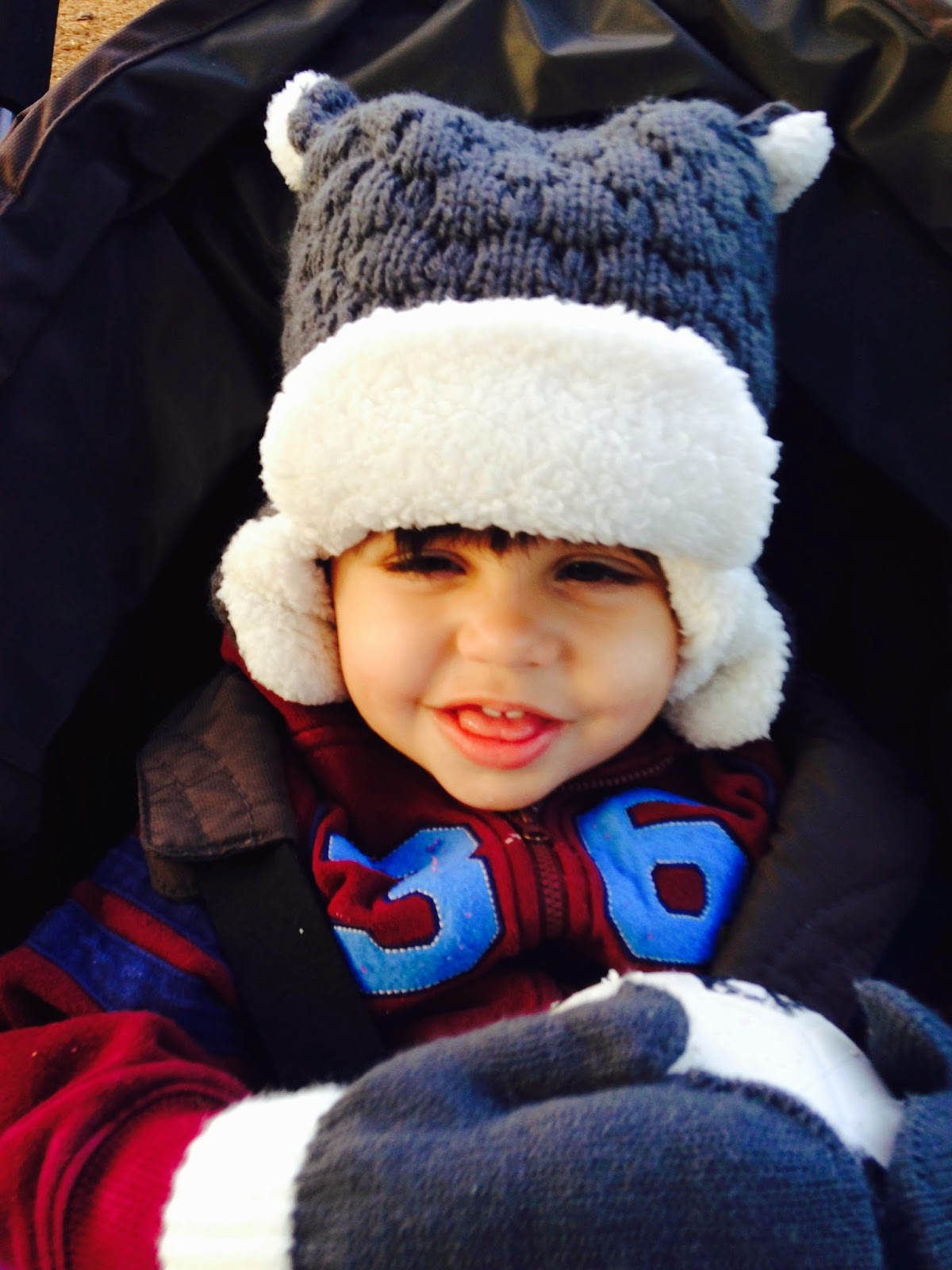 The weather has turned cold and he is not a fan of being stuck indoors so Santa is bringing a pop-up soccer goal for Christmas morning. He will play with his blocks a bit now and he loves one 90s pop-culture kiddy hit DVD called, "WeeSing in Sillyville." (Lord help Me!)

He plays well with other children, although they are generally older because they are friends with his sisters.
He doesn't go to other adults to be held. We had heard this might be an issue but it has only happened once, about a week after he came home. He heads straight to me, G or the girls if he has problems. Sometimes if he is off playing he will suddenly look up and yell "Ma" just to make sure that I am around. When I yell "Samuel" back, he looks at me, smiles and then goes about his business.

I mentioned in my last post that Samuel has Breathe Holding Spells. There are 2 types: one for stress and fear, the other for pain.
He hasn't had many Breathe Holding Spells due to stress lately. He has had several due to pain or injury.
When I posted something about it on Facebook I had several friends message to tell me their kids do the same thing, but only when they get hurt.
He will hit his head on the table (or under the table as it were) and then cry and pass out. He is only out for a second, then he cries for a minute and he is back to doing whatever it is he was doing before.

The Pediatrician informed us that he should grow out of BHS  around age 6 and he won't suffer brain damage or the like. It freaked us out when he did it the first few times but now we know how to handle it and what to do to try to prevent it. Usually we can stop them if we catch them in time. He went 2 months without one but then had 3 in one weekend. It's just weird how they work. 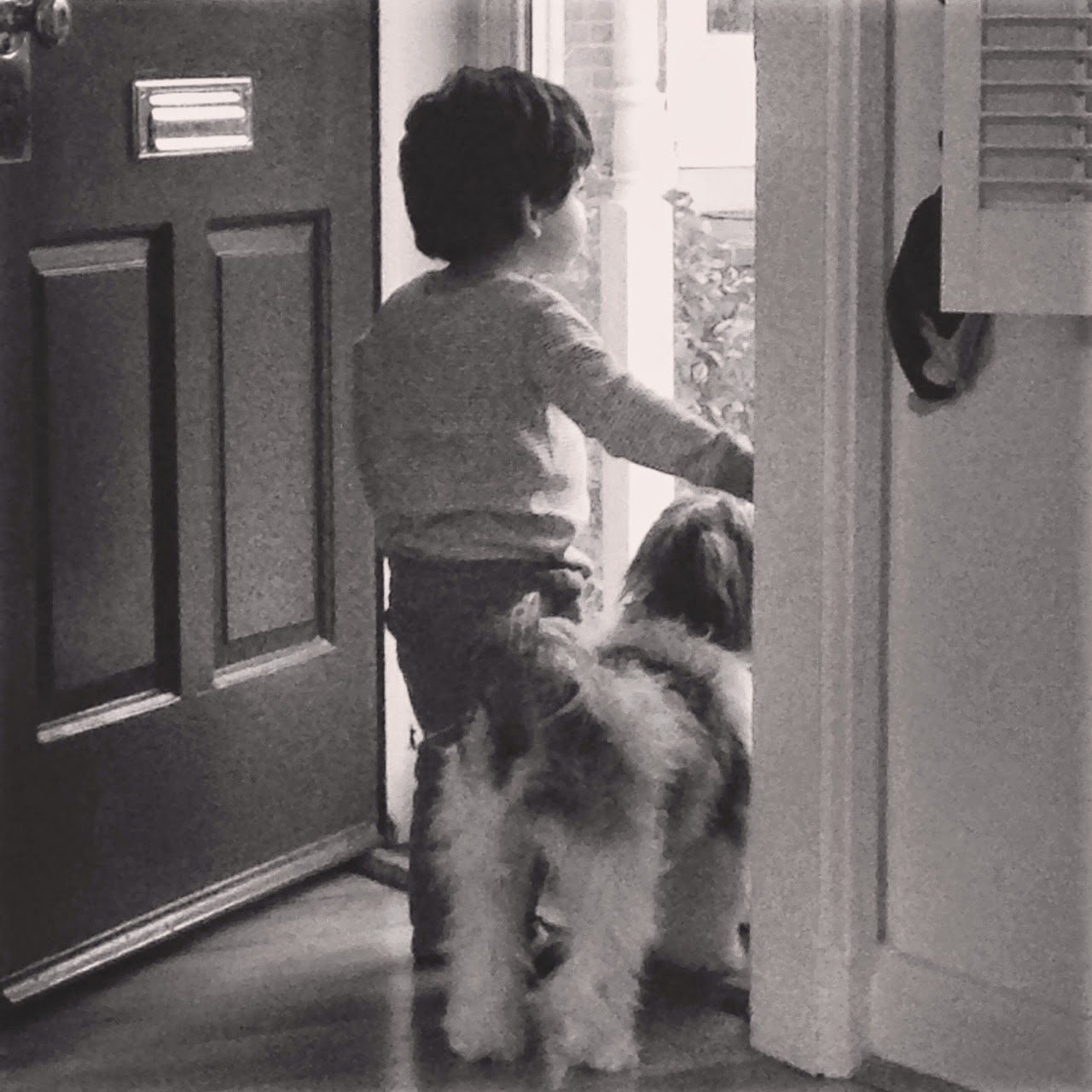 I should point out this is not an "adoptive child" issue. Apparently 25% of all children have these. It's not a temper tantrum. It's the nervous system's involuntary response to fear, stress, or pain. It sends signals to shut your body down for protection.

Now, I will say…the orphanage did not tell us he has these until after he was home a week and we spent an evening in the ER thinking he had a stroke or seizure. When we emailed to get more information from them they told us he had 2 episodes recently in the orphanage. They even took him to a specialist after the 2nd episode. They said the specialist told them he was fine and that he was "forgetting to breathe when he got mad."

When I picked him up from the orphanage they told me and the director of our BG agency that he would hold his breath when he got mad or did not get his way. They told me to pinch him or blow in his face to make him breathe. But, they said it so nochalantly I just assumed it was a temper tantrum.
No exactly.

So, lesson learned for all you "in-process parents": make sure to inquire about any recent illnesses or injuries that occur between visits. Ask if the child was seen by a doctor at all during your time apart and  for all the details you can get from them.

Doesn't matter now of course. He is a happy little boy and I can't wait to see what he does on his first Christmas especially since he has not paid a minutes' attention to the tree or presents yet.